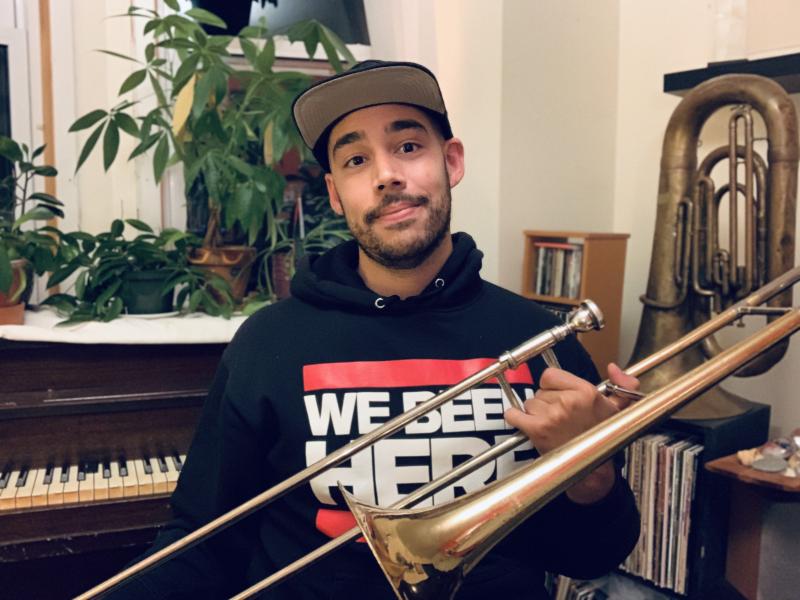 Andrew Jackson is a Juno Award winning trombonist and composer based in Halifax, Nova Scotia. His versatility and unique sound have made him one of the Maritimes first-call players. He is an artist constantly exploring new sounds and not afraid to blend genres.

Jackson keeps a busy playing schedule with many of the premiere artists in Halifax spanning a variety of styles, including Roxy & The Underground Soul Sound, Erin Costelo, David Myles (with whom he won a Juno Award for Instrumental Album of the Year), Classified, Aquakultre, Jerry Granelli and many more. As an improvisor and new music creator, Andrew has had the opportunity to play with many world class performers such as William Parker, Pierre-Yves Martel, Trevor Watts and many more. Andrew has written compositions ranging from solo, jazz combo, string ensemble to large ensemble pieces for groups such as the Upstream Music Ensemble.

Since 2017 Andrew has been the musical curator for the Halifax Jazz Festival, for which he received the 2019 "Promoter of the Year' award at the Music Nova Scotia Awards. Starting in 2015, Andrew has also been the creator and host of "The Outer Edge" on CKDU 88.1FM, which received the 2021 Radio Program of the Year at the Music Nova Scotia Awards.