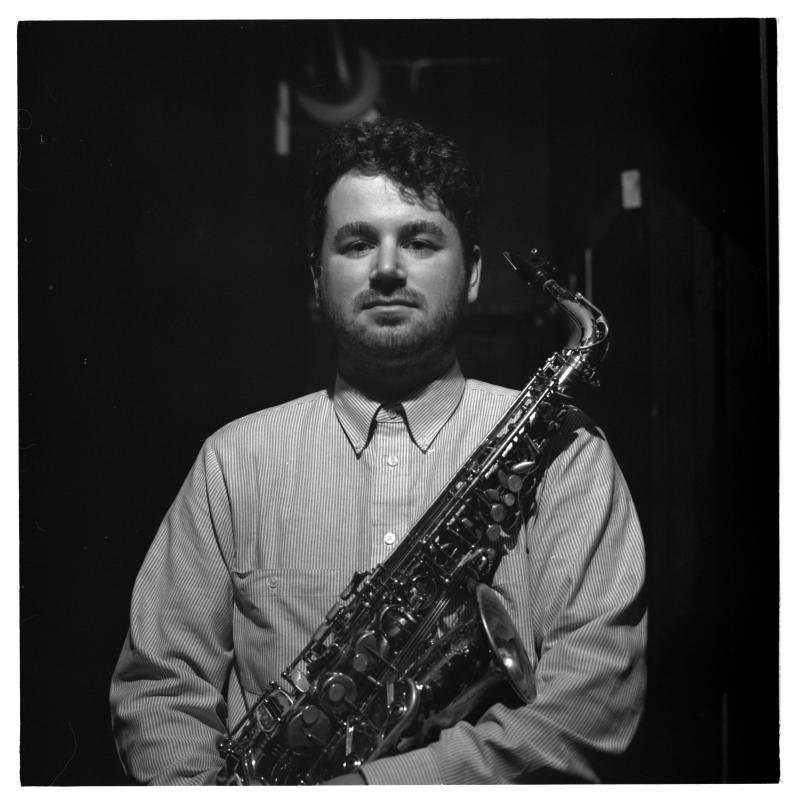 Andrew MacKelvie is an award-winning improviser, saxophonist, and educator from Kjipuktuk, the unceded and ancestral home and territory of the Mi’kmaq people. (Halifax, Nova Scotia). He has been active member of Halifax’s improvised music community for the last 10+ years performing with his own ensembles and for organizations such as suddenlyLISTEN, Upstream Music Association, 1313 Music Association, JazzEast, Votive Dance, Live Art Dance, and for the Creative Music Workshop.

He is the leader of the ambient improvised music ensemble, New Hermitage. Since 2017, they have released five records including the award winning New Hermitage + Jeff Reilly, and their latest recording, Unearth, has received critical acclaim across Canada and Europe. They have toured across eastern Canada and Ontario playing music festivals such as EVERYSEEKER, Something Else!, and Souni Per Il Popolo. Locally, they are known for their annual dawn concert/swimming party on the shore of Long Lake.

Outside of the creative music realm, MacKelvie has performed or recorded artists such as Angel Bat Dawid, Lido Pimienta, Aquakultre, Erin Costelo, Michael C. Duguay, Major Funk, Roxy & the Underground Soul Sound, the 6 Star Review, and many others. He is a three time ECMA award winner for his work with Erin Costelo and Jerry Granelli. He has multiple Music Nova Scotia awards for his work as a session musician playing with a variety of Halifax artists across genres, including his own in the Classical Music Recording of the Year category for the record, New Hermitage + Jeff Reilly. He was also nominated for a Juno Award for his work on the Jerry Granelli record, What I Hear Now, which featured Canadian saxophonist Mike Murley. In January 2020, he was the inaugural recipient of Upstream Music Association’s Paul Cram Award.

Andrew is the vice-president of the 1313 Music Association board and is partly responsible for many Creative Music Workshop events, like the drop-in creative process sessions that happen every Sunday at the St. George’s Round Church Hall. MacKelvie has a degree in B.A. in Jazz Studies from St. FX and a B.Ed from Memorial University.