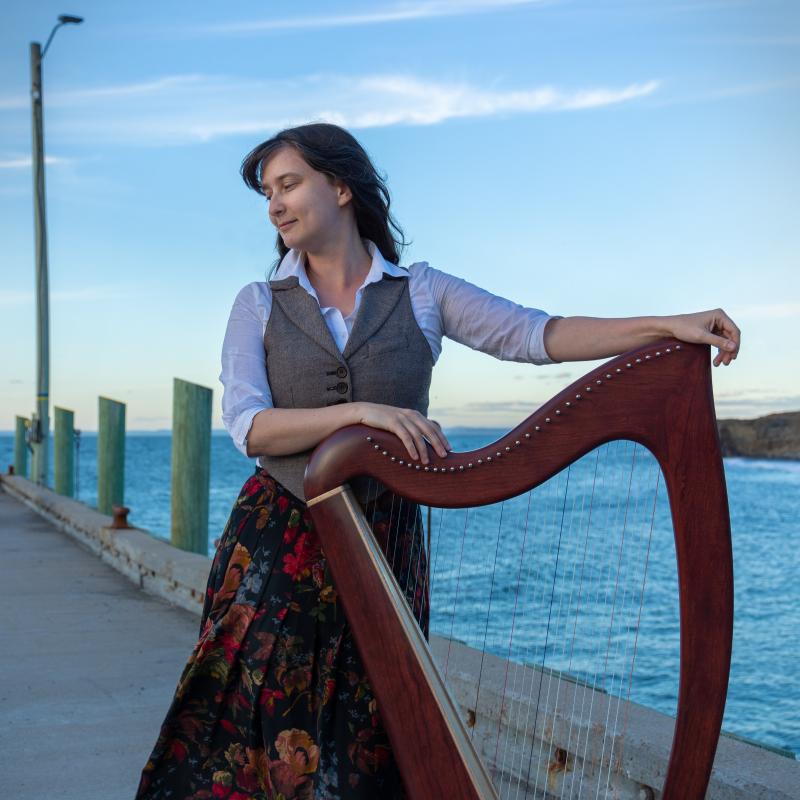 Over the last ten years, Ellen has been increasingly involved in Irish traditional music. In 2019, she obtained a masters degree in Irish Traditional Music Performance from the University of Limerick in Ireland. Her recent solo harp album The Bend in the Light (2022) has been described as "bold and beautiful" (Celtic Life International) and "enchanting" (Folk London), and is nominated for Music Nova Scotia's Traditional/Roots Album of the Year. Ellen is a regular collaborator with folk duo The Bombadils, as well as playing frequently with local Irish traditional musicians in many diverse configurations. She is also a continued member of the trio Síle, formed during her time in Ireland, which will be touring NS in summer 2023.

Ellen is also active as an improviser. She is a member of New Hermitage, an ambient improvising quartet of harp, cello, saxophone and electric guitar. The ensemble's most recent album, Unearth, was released in 2020 and the band's next album is in the works for 2023. Outside of New Hermitage, Ellen performs in improvising ensembles through the Creative Music Workshop, Upstream Music Association, and suddenlyLISTEN. Ellen teaches at the Maritime Conservatory of Performing Arts where she gives private harp lessons to all ages in addition to co-leading a weekly group class for fiddles and harps with Anna Wedlock. She has also taught at Acadia University, the University of Limerick, and the Canadian International Summer Harp Institute. www.ellengibling.ca