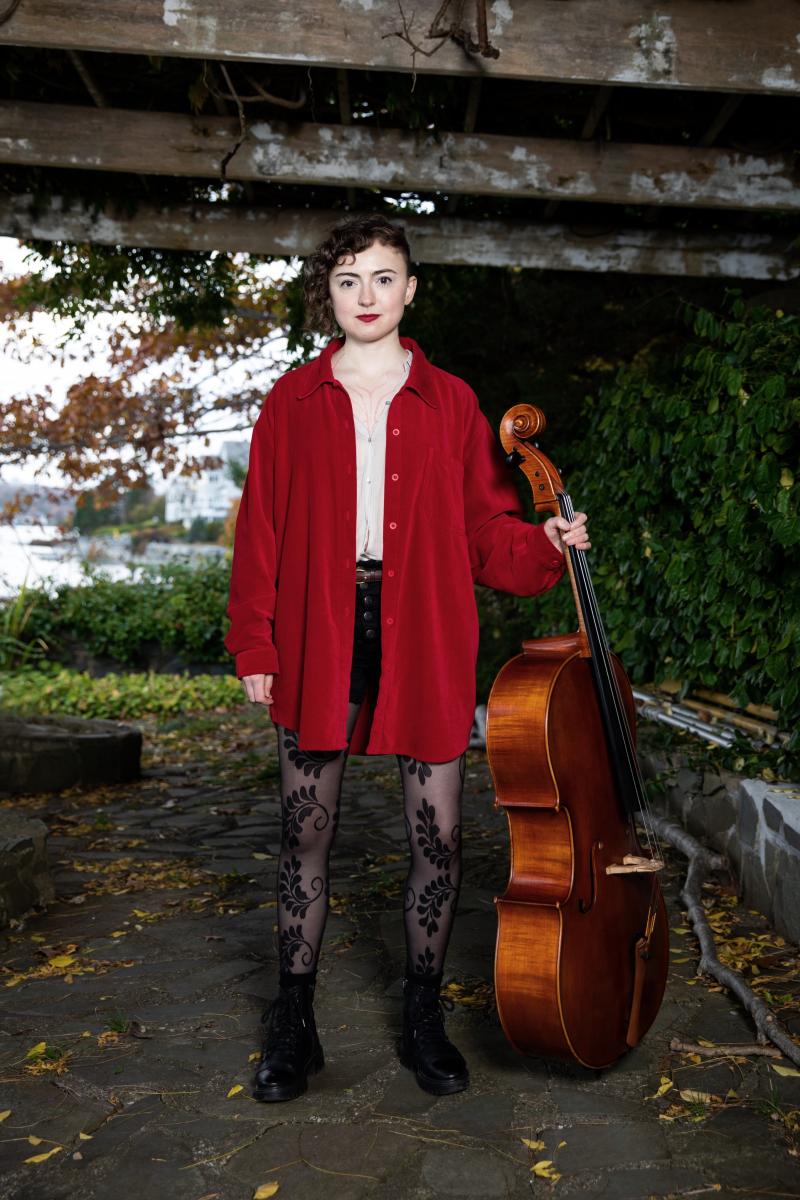 India Gailey (she/they) is a musician—cellist, composer, vocalist, and improviser––who crosses many eras and genres, most often in the realms of classical and experimental music. Recently named by CBC as one of “30 hot Canadian classical musicians under 30,” she works as a soloist, chamber musician, and with various disciplines to create works of exploratory art. Her numerous past/current collaborators include composers Nicole Lizée, Yaz Lancaster, Philip Glass, and Michael Harrison; members of the Bang on a Can All-Stars, Mocean Dance, and Breaking Circus; filmmakers Emily Ellis and Katrina Westin; and musicians Sarah Rossy, Thanya Iyer, and Edward Enman. India is also a member of the acclaimed environmental improvisation quartet New Hermitage, which recently released their fifth album, Unearth.

In May 2022, India released her second solo cello album, to you through (Redshift Records), to much acclaim. She is the recipient of numerous honours, including awards from Arts Nova Scotia, the Nova Scotia Talent Trust, the Canada Council for the Arts, and Acadia & McGill Universities. In her own composing, India’s work draws from natural phenomena, minimalism, and magical realism. Her recent work has been presented by organizations such as the Canadian Music Centre, International Contemporary Ensemble (NYC), Metropolis Ensemble (NYC), and Government House (NS). India is currently based in Kjipuktuk (Halifax, Nova Scotia). She loves raspberries, large marimbas, and the smell of burning thyme.