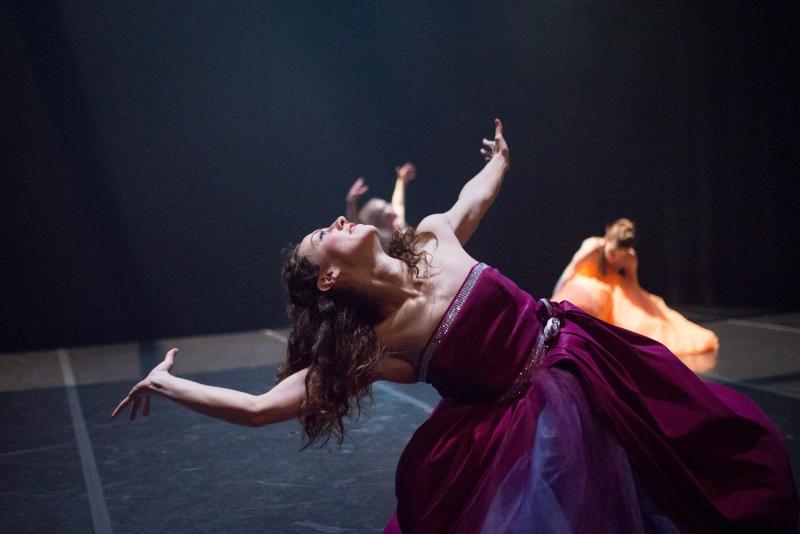 After completing Halifax Dance's Intensive Training Program and graduating from
Dalhousie University, Gillian Seaward-Boone pursued professional dance training at
l'Ecole de Danse Contemporaine de Montreal (EDCM). Upon graduating, she worked
with several Canadian choreographers including Sinha Danse, Pigeons International
and Sasha Ivanochko, before joining O Vertigo Danse as a full company member under
the direction of Ginette Laurin. During her time with the company, she performed
extensively throughout Europe, Asia, and North and South America, and worked
independently as both a dancer and rehearsal director with numerous choreographers
from across Canada and abroad.  In 2013, Gillian returned home to Halifax and joined
Mocean Dance. Sable Island marked her debut with the company, and she has
remained with Mocean Dance for nearly six seasons, performing works by such artists
as Sara Coffin, Sharon Moore and Parts+Labour_Danse, and serving as rehearsal
director for the creations of Danielle Desnoyers and Heidi Strauss. Gillian has also
performed the works of local choreographers including Lisa Phinney Langley and Lydia
Zimmer. She is currently a member of the modern dance faculty of Halifax Dance's
Intensive Training Program, Production Director of Halifax Dance and Co-Director of
The Young Company of Halifax Dance.