Welcome to our ongoing weekly morning training at Halifax Dance with Mocean Dance!

Our training schedule is fluid and responsive to Mocean's creative projects, as well as community need. Our classes are open to the public and drop-ins are welcome. Class level is INTERMEDIATE TO ADVANCED. Be prepared for the class flow to move quickly. Must have previous dance experience, but not limited to professional dancers only.

Note: when visiting the studio at Halifax Dance be sure to sign the studio's COVID-Waiver Form ahead of time!

Class size is limited to 9 people. All participants wishing to attend class must sign-up in advance on the Mocean Morning Training Sign-in Sheet. The google sheet will be locked 24hrs prior to the start of class to ensure no last minute cancellations. Individuals who hold a spot but do not attend class more than once will be charged an additional $25/service charge for not respecting the registration process and holding an unused spot.

Mocean accepts cash, cheque, or e-transfer for class fees. E-Transfers can be sent to office@moceandance.com 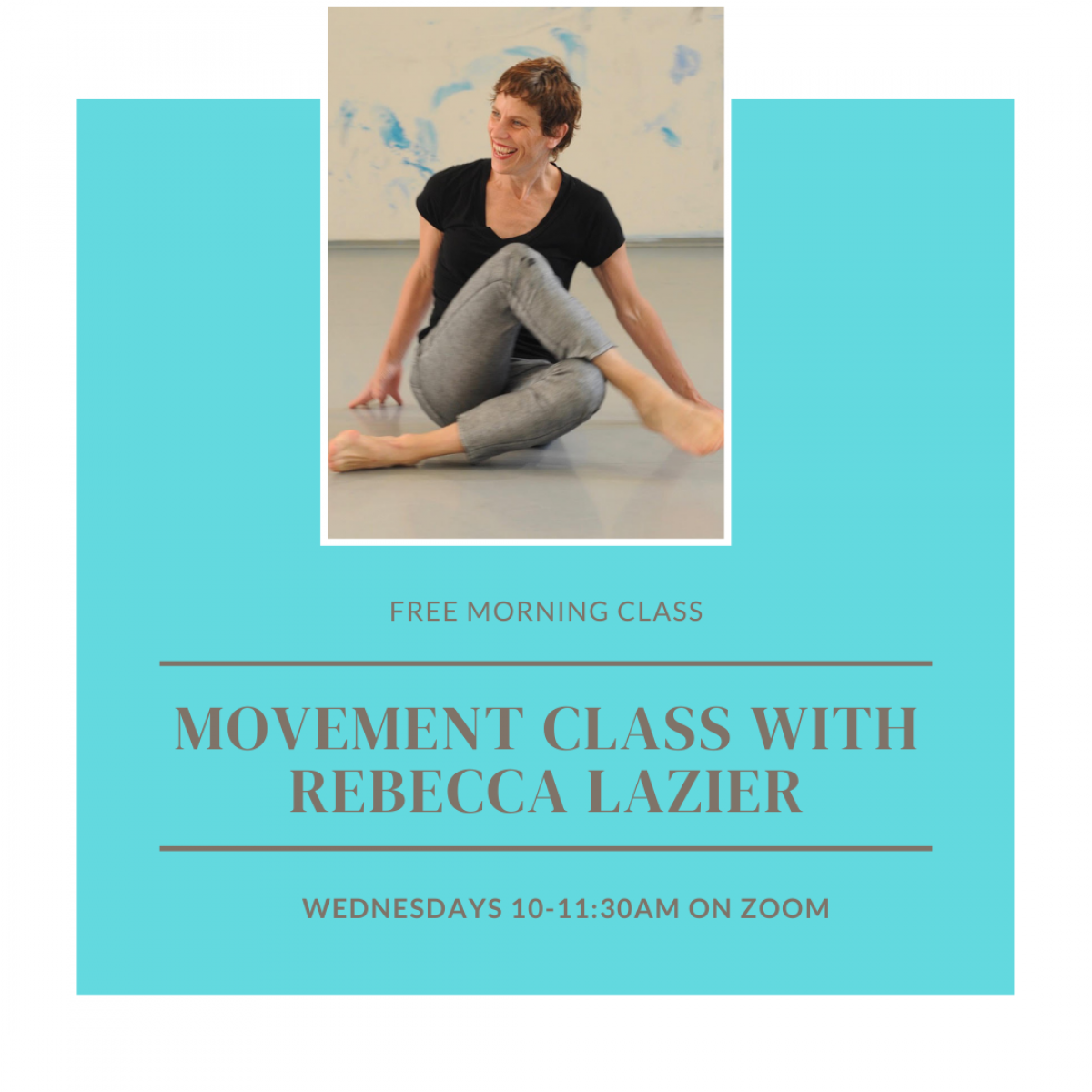 Movement Class with Rebecca Lazier: Choreographer Rebecca Lazier will be leading guided movement classes over Zoom on Wednesday May 19 + 26 from 10-11:30AM.
The class includes improvisation, strength training, and dance material to create a fun, dance training environment that can be tailored to individual needs.   The pace moves along, but participants can set their level of engagement.
Register here: https://us02web.zoom.us/meeting/register/tZclduCoqD4rHNxtdWOxkwTFhRZ6uOEKBJCC 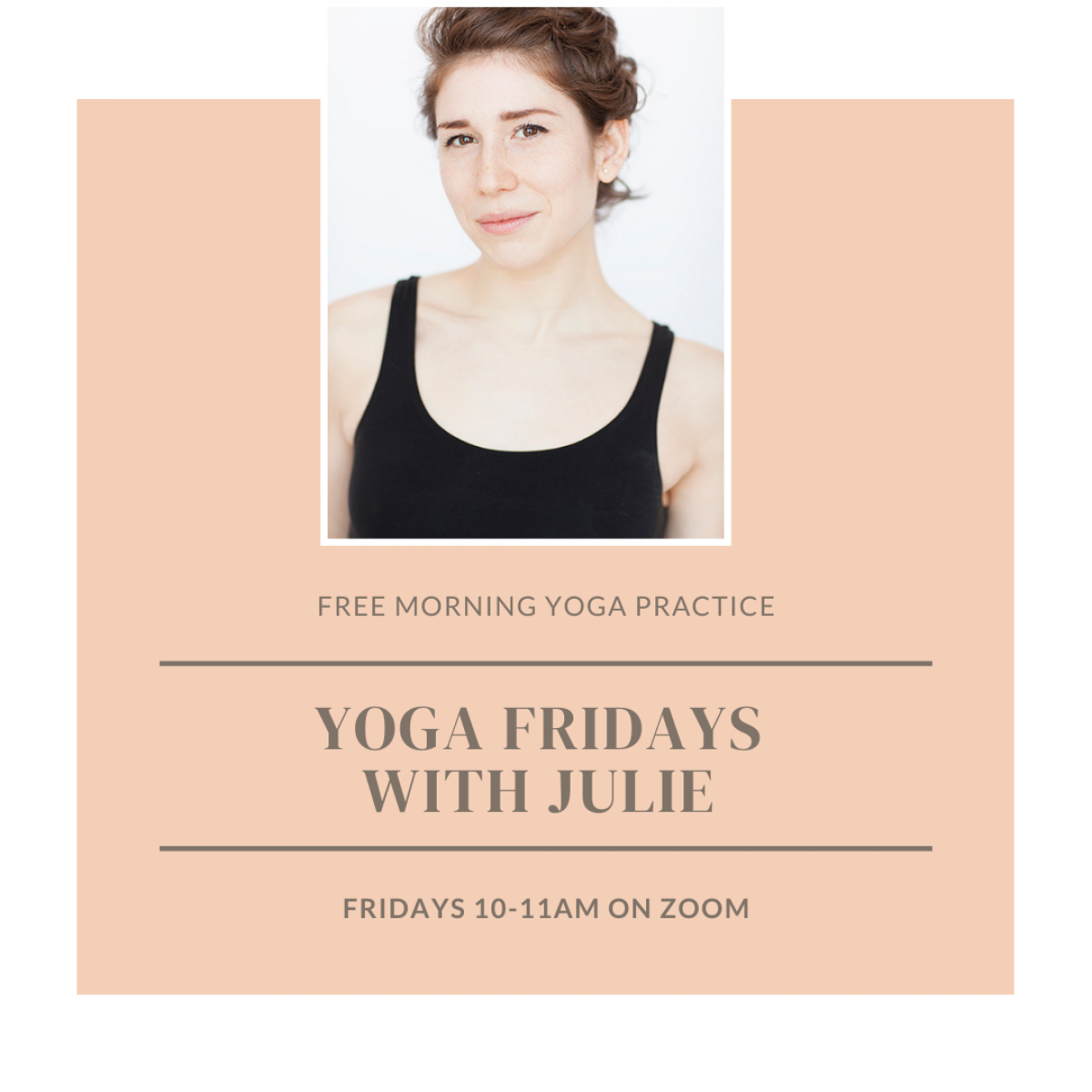 Yoga Fridays with Julie: Mocean dancer and current interim artistic producer Julie Robert will be leading online yoga classes on Friday May 21 + 28 from 10-11AM as part of her Yoga Teacher Training.

About the Class: Julie will teach an active class based on Ashtanga Yoga principles, but will include modifications to open up hamstrings & hips. Blocks, straps and a blanket are great if you have them, but large books/therabands work just as well! 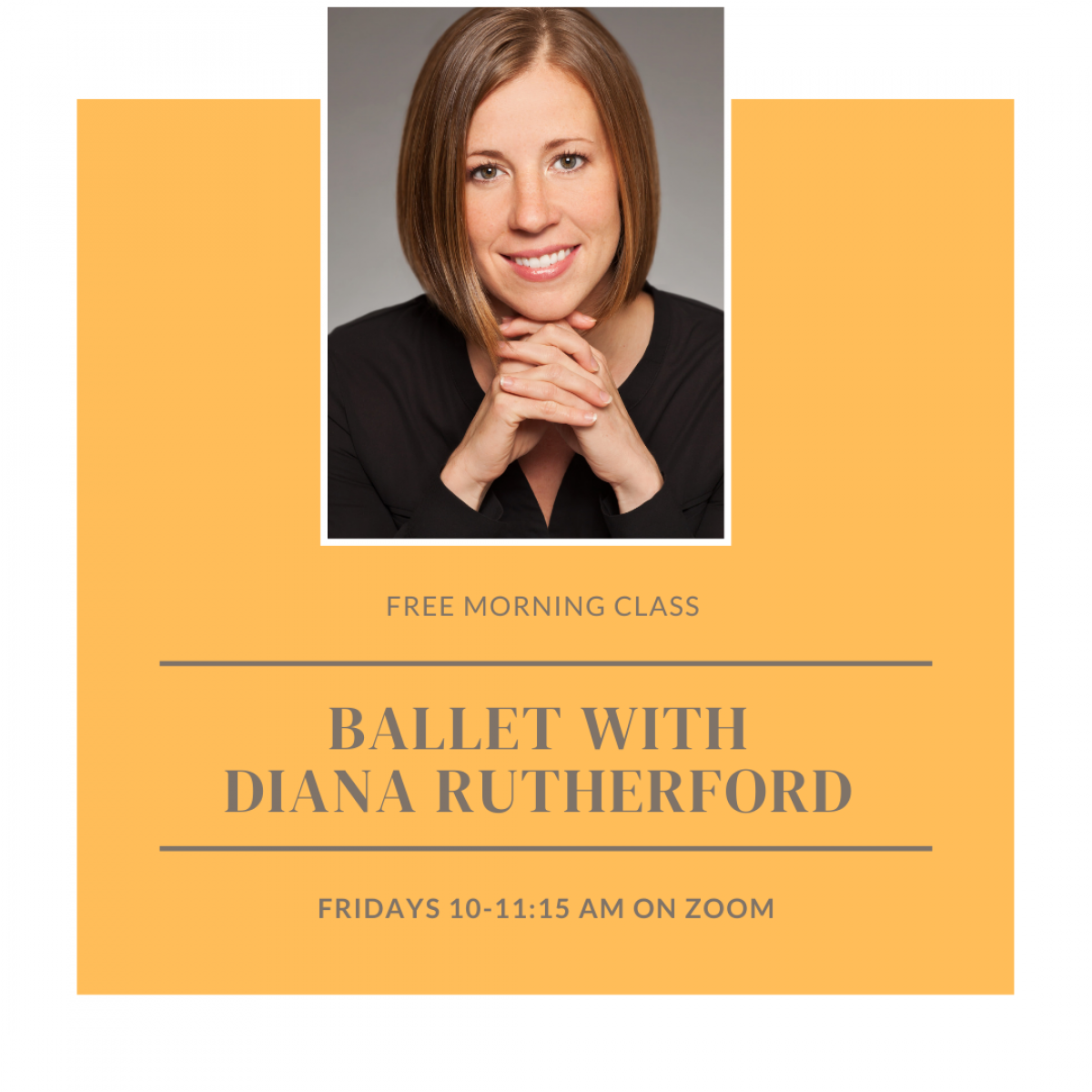 We warmly welcome Diana Rutherford who will teach ballet on Fridays from 10-11:15AM (June 4 + 11).
Register: https://us02web.zoom.us/meeting/register/tZMkfumprTktE9FB1hMRGYKqIDpZ2gytxLd3

She has toured nationally to The Yard (Martha’s Vineyard), Highways Performance Space (Los Angeles), Jacob’s Pillow, Tulane University, Mobius (Boston), Columbia College (Chicago), Sushi Performance and Visual Art (San Diego), International Festival of Ideas (New Haven), among many. Internationally her work has been presented at venues in Canada, Greece, Russia, Poland, and across Turkey. Lazier has received a Bessie Schönberg Choreography Residency at The Yard and was an honorary fellow at Djerassi. In New York she has been the artist­-in-­residence at the Joyce Theater Foundation, funded with major support from The Andrew W. Mellon Foundation and the Rockefeller Brothers Fund, and Movement Research, funded, in part, by the Leonard and Sophie Davis Fund. Lazier is currently on faculty at Princeton University.

Diana Rutherford (Ballet)
Based in K’jipuktuk/Halifax, Diana Rutherford is a teacher, choreographer, and continuing dance education advocate. Diana is a graduate of the Teacher Training Program at Canada’s National Ballet School and York University (Honours BFA in Dance). She holds teaching qualifications at the Licentiate level with Cecchetti Canada and the Imperial Society of Teachers of Dancing. Diana also holds Advanced 2 examination certificates from Cecchetti Canada and the Royal Academy of Dance (RAD).Originally from Owen Sound, Ontario, Diana began her dancing career in both ballet and highland dance. As a highland competitor, she represented Canada across North America and Scotland and was a scholarship recipient and award winner in both highland and ballet. Diana has performed across Canada and the United States.

In her former role as Dean of Dance at the Maritime Conservatory of Performing Arts, Diana had the opportunity to teach students across Atlantic Canada, collaborate with the Nova Scotia Youth Orchestra, and produce multiple full-length ballets. She is a certified Progressive Ballet Technique (PBT) teacher and combines concepts from Stott Pilates Mat with PBT into her classes. She is an active member of the Nova Scotia arts and culture scene and has served on the boards of Votive Dance and the Nova Scotia Talent Trust.Diana has successfully trained students for Cecchetti Canada examinations at the Advanced 2 level, in collaboration for the RAD Solo Seal and Genée International Ballet Competition, and the Youth America Grand Prix. Diana is looking forward to working in collaboration with the artist of Mocean Dance.

Meredith Kalaman (Contemporary and Ballet) - Meredith is a Contemporary Choreographer and Performer born and raised in Greater Vancouver, B.C. Meredith is known for her innovative vision and for creating thought provoking dance theatre works. She began creating solo’s on herself because she wanted to move the way her body was asking for and interested in moving. Since then she began exploring her ideas on other bodies and found that she loves both dancing in other people’s works and making her own work. For Meredith, both practices inform and grow each other. As a dancer, Meredith has worked with the Karen Jamieson Dance Company, Dancers Dancing, Judith Marcuse Projects and Movent and performed works by Noam Gagnon, John Ottmann, Kate Franklin, Farley Johansson, Michael Kong, Julie Lebel and Kirsten Wiren. She is a graduate of the Ballet BC Mentor Program.

Her own choreography has toured Canada, the US and throughout China. Meredith is a recipient of the 2015 & 2017 Chrystal Dance Prize from Dance Victoria. Her first full length work, Femme Fatales premiered in May 2017 at the Shadbolt Centre for the Arts in Burnaby, Canada and then made its European debut in Berlin at Uferstudios in August 2017.

Meredith enjoys teaching, learning new things about herself and life everyday, energy, magic, seeing the world and most recently began training in Counter-technique with Charles Slender-White and Joy Davis in San Francisco at Fact/SF’s Summer Dance Lab. It has changed her life!

Jane Wooding - Fellow and Examiner, CC CICB (Ballet)
A graduate of Canada’s National Ballet School, Jane performed with the National Ballet of Canada from 1972-78, dancing Romantic, Classical and Contemporary repertoire. During this time, she was privileged to work with exceptional mentors Celia Franca, Erik Bruhn, Rudolf Nureyev, Karen Kain, and Mikhail Baryshnikov. Ms. Wooding is a Fellow and Examiner for Cecchetti Canada and has taught at Canada’s National Ballet School, York University, and George Brown Dance / Ballet Jorgen. Jane now lives in Nova Scotia, where she teaches at Halifax Dance, and the Conservatory School of Dance. Her teaching style is lyrical and inclusive.


Leica Hardy (Ballet) - Leica is respected nationally as a master teacher and dance educator. Her enjoyment of dance and movement has been a lifetime activity with over 40 years of teaching experience. In May 2011 she was the recipient of an Honorary Doctorate of Fine Arts from St. Mary’s University Halifax for her contribution to dance and the arts in the region. In 2000 she was also honoured to be included in the Encyclopedia of Canadian Dance. During her teaching career students have gone on to study at such institutions as Canada’s National Ballet School, The School of the Toronto Dance Theatre, École de danse contemporaine de Montréal (EDCMTL), the North Carolina School of the Arts, The Royal Winnipeg Ballet School, Ballet Jörgen Canada, The Bates Dance Festival (Maine), The White Mountain Dance Festival (New York), The Peridance Professional Program (New York), The Stratford Festival, Humber College School of Creative & Performing Arts, The George Brown College School of Performing Arts and the Banff Centre. Former students have enjoyed successful careers as dancers, teachers and choreographers, and with companies such as the Canada’s Ballet Jörgen, the Toronto Dance Theatre, the National Ballet of Canada, Dancemakers (Toronto), Mocean Dance (Halifax), O Vertigo (Montréal) and Parsons Dance (New York). Leica holds her Advanced Teacher’s Certificate with the Society of Russian Ballet and has been an examiner for the Society since 1997. She trained extensively at the Royal Winnipeg Ballet School, the School of American Ballet, York University, The Banff Centre and with noted Canadian modern dance instructors Linda Rabin, David Earle, and Carol Anderson. She enjoyed 20 years of performing professionally and since 1982 has choreographed over 40 works. Currently she is on the Board of the Halifax chapter of the Performing Arts Lodges Canada Foundation. In December 2019 she celebrates her 29th year as the director/choreographer of The Nutcracker for Symphony Nova Scotia.